The dictionary definition of psychopath is a person suffering from chronic mental disorder with abnormal or violent social behaviour or an unstable and aggressive person. I looked up the definitions because, I’ve been watching Killing Eve since it started back in 2018 and, I feel like I can relate to Villanelle… so does that make me a psychopath??

In some cases, not all, I seem to have empathy towards a villain in a story – Villanelle is no different.

First of all, shoutout to actors and actresses doing what they do, because it cannot be easy embodying the vast array of roles that they play. It takes a special type of skill! When it is done right, you sometimes forget what’s real and what’s not – forgetting that they aren’t actually the characters they play. Jodie Comer does an absolutely phenomenal job as Villanelle! 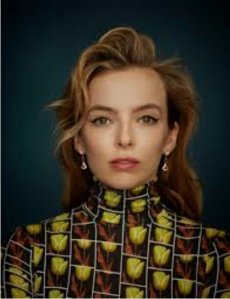 I think I find Jodie’s character relatable because she has so many layers. There have been scenes in seasons 1 to 3 where I’ve found myself going “I can relate.” or “aww she does have emotions and a heart”. It’s strange but it’s true.

It was definitely intentional that the producers and writers “humanised” Villanelle, especially when portraying her relationship with Eve. 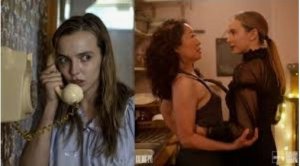 She is actually quite vulnerable and craves love but doesn’t quite understand what it is. Her impulsive nature resonates. She’s hilarious, her sarcasm is unexpectedly funny for someone who kills for a living. There are situations where she shows she cares to some extent. She’s also childlike in some ways and doesn’t always care what people think about her.

I’m 100% sure I’m not the only who thinks that Villanelle is relatable on some level… killing aside!

If you haven’t watched Killing Eve is highly recommend it. Seasons 1-3 are on BBC iPlayer.